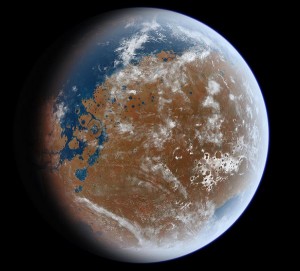 In this talk Ramin Lolachi looks at the history of hunting for water on Mars and the role water has played in Martian evolution, from the distant past until present day encountering underground ice, lakes and an huge ancient ocean.